This is not necessarily true. Unity is very powerful for how easy it is to quickly develop something… it has a ton of options. However when you build something from the ground up like Dave is doing you can avoid including code which isn’t necessary, resulting in a faster game.

I’m pretty sure I saw somewhere milla or Dave said that (I’m pretty sure milla did) that Dave made his own game engine for the game. Im not exactly an expert on this yet but I believe that he then isn’t using Unity in this case. 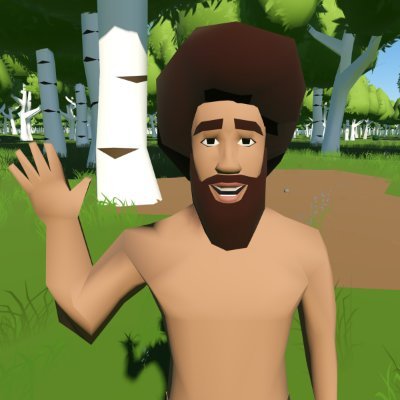 @wrightak Yep. I did think about it a lot, but decided a custom engine again suited my goals best. This time it’s C++/Lua though, so I get cross platform and faster prototyping.
3 Likes
Osha_Oshawot February 10, 2018, 4:58pm #24

If I had that much money I wouldn’t buy this game, I’d buy the entire continent of North America.

Yeah I would buy it if it were $20, any more and I would wait for the huge Christmas sale or another summer sale. I need this game though.

There are definitely nice things about games with an “up front cost” verses free to play. One advantage is that you don’t have push micro-transactions as much or flood your game with advertisements to earn money. Another advantage is that it discourages people from creating tons of alternate/bot accounts. This way if you need to ban someone for any reason they can’t just create a new account and you don’t have tons of bots invading your game.
I really agree with your decision to charge money for the game.

Will there be a free trial

Highly unlikely, though there will be alpha and beta testers. Which I guess is kinda like a free trial? But there will be loads of bugs likely

I doubt there will be loads of bugs. The idea of alpha and beta testers is to find bugs the developer missed. Most times he gets them all but the testers tend to find little things he overlooked.

And I don’t assume there will be a free trial. Just gotta pay for it.

Why’s that? You could easily ask for a $25 steam gift card for a birthday or holiday and then purchase the game then. (A $19.99 game is roughly $21 after taxes, at least in the US, so you’ll want a little extra just in case.)

Or, alternatively, two $15 cards or something. Up to you if you feel like you want to get the game.

Will probably only buy if it’s atleast under 30 $

It’s by no means settled, but it will probably be around $20.

I don’t think there will be a free trial or demo version.

The testing will probably be closed, and would be recruited from the existing game community members before any kind of public recruitment would be considered.

Once the testing has found bugs Dave will go back to work fixing them, so the retail release shouldn’t be buggy.

$20 seems like a very reasonable price from what I’ve seen of the game. It seems to be the go-to price for most indie developers/games.

I feel that’s because it’s at the point where it’s not too much, but not seen as cheap either. It’s a solid ‘in the middle’ price.