I noticed that at a certain distance things like trees completely stop rendering, and this makes anything past the render distance look like flat terrain. You can see this on the distant hills in the following picture. 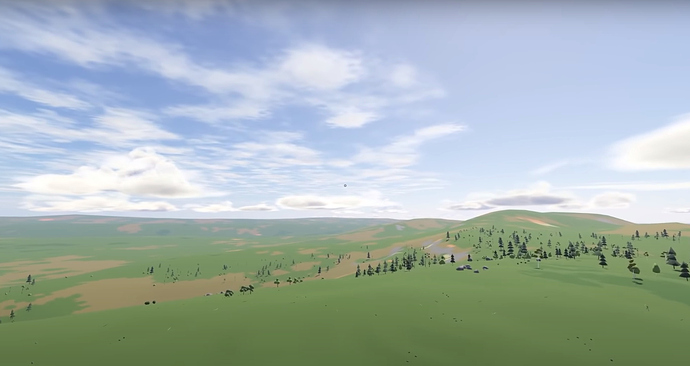 image1437×763 180 KB
Billboards could fix this, not sure if Dave has this planned or not so I thought I’d just post it here. Maybe he could modify his billboard cloud system for this?

For those who don’t know what billboards for rendering is:
When objects are at a considerable distance from the camera, they lower the poly count since the details lost is (nearly) imperceptible at that distance. The furthest objects end up being flat versions of the original objects, also known as billboards.

Dave has already considered it and decided it’s not really worth it. He wrote this on Discord:

majicDave 16.08.2020
That’s been suggested many times, but it’s not really going to solve anything unfortunately. There are many bottlenecks for rendering the map. Using billboards only reduces the number of vertices that are rendered for each tree, but that isn’t really the problem, or if it is, not by much. So making that improvement would just make me hit another performance issue, and many of them can’t be solved easily (if at all). Probably a better optimization would be to reduce the number of terrain vertices required by caching the materials into textures, and I might do that.

Ah, thanks! I keep forgetting there is a discord so I haven’t checked it in awhile.

To be fair, that message was posted a while ago, isn’t pinned and I had to actively search for it, so even if you checked discord, there’s no guarantee you would actually see it if you didn’t know it’s there.