Grass or no grass

Check out Dave’s Twitter poll for grass or no grass: 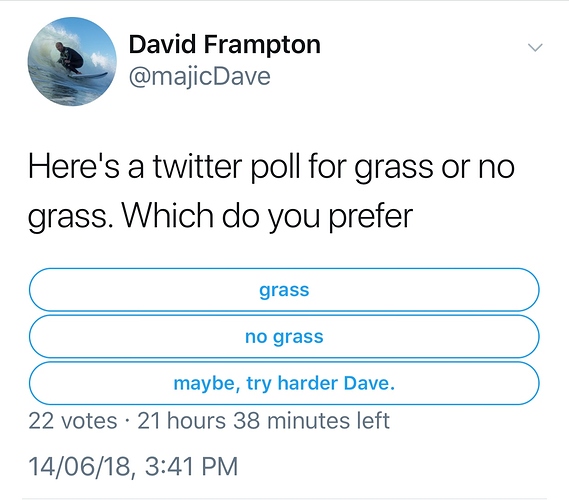 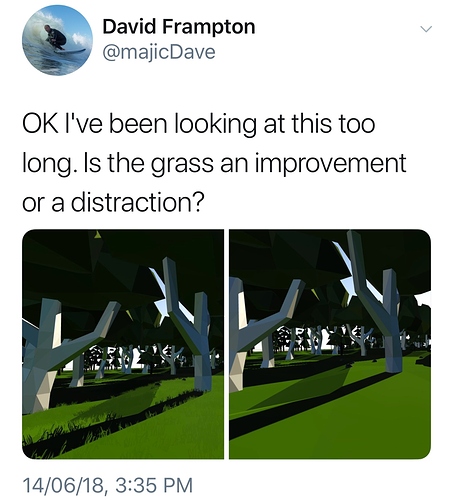 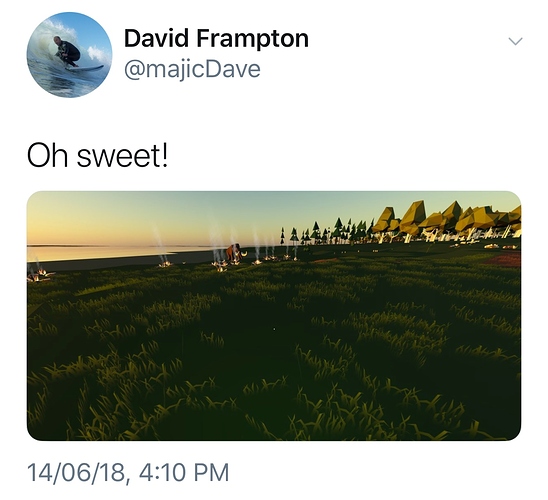 I prefer for “Try harder Dave!” But I do like the ambience with grass too! Grass its been part of the life since before, what will animal eat if they don’t see any grass? Its going ti be difficult. So do your best Dave!

Check out Dave’s Twitter poll for grass or no grass

Yeah, would be great if I had a link to the poll in question so I could click buttons instead of being shown screenshots.

Here's a twitter poll for grass or no grass. Which do you prefer

I vote “try harder Dave”, but I think grass is a good idea. The biggest problem I see is the grass not being visible enough against the ground. Could be changed by casting a shadow (not necessarily a precise one) or by just making it a different colour, but in this image it’s barely visible and generally looks kinda bad. The latest two pics (one, two) look really good though!

I think it looks perfect as of now, but future updates might make it not look as great. But right now its awesome