Are there going to be other planets and moons? If so, will we eventually be able to go to them?

If so can I go to the sun? Or Mars, or will there be “custom” planetary systems as well?

Sure would be cool to at least have (a) moon(s), even if you couldn’t necessarily visit them, at least for a while.

Dave wants mods to be a big thing. I don’t know how difficult it would be to create one which changes the terrain generation to be moon-like, but I bet somebody will do it.

If that is going to happen, I assume it will be in a later update to the game, or a mod. Dave has spent lots of time on just the one planet, I’d think he would want to release the game with that one by itself before spending a while on another planet.

You could mod a super heat sink suit that wicks the heat away. Or it might fry you…

Maybe the cavemen develop enough technology that they can go to space. A full world simulator with a Kerbal Space Program sitting on top once you gain enough tech!

The 4yo knows he “can just go” 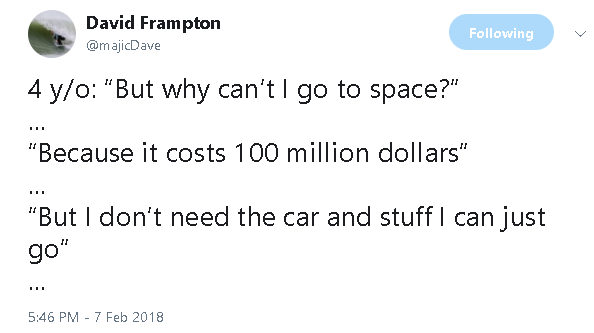 Being able to colonize other planets would certainly fit the theme of the game. You start off governing a tribe, why not eventually have the ability to run space colonies?

Steam mods do not usually alter the game majorly, so I assume making outer space and adding extra planets, not even colonization, would be done by Dave or not at all

Since interplanetary travel is pretty modern/futuristic, he said that he would make the era post release if the support was good so I wouldn’t expect such a feature to be present for Version 1.0

in videos Dave has spoken about how most of the game code is open source, which makes it open for modding.